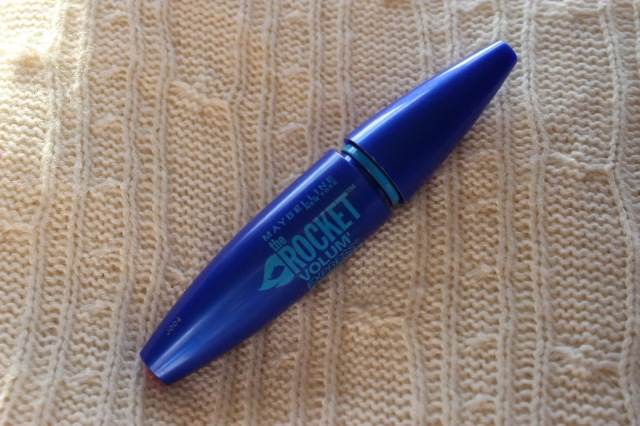 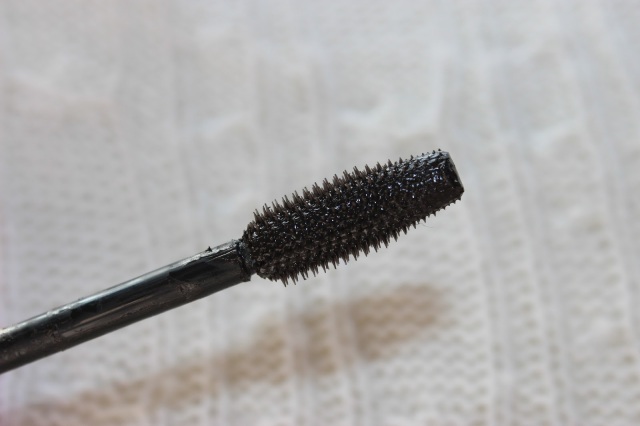 I picked up the new Maybelline “The Rocket Volum’ Express” waterproof back in January, and I’ve been using it ever since. It has easily become my second favorite mascara, (not sure if it can completely beat L’Oreal Telescopic or not..) and I really wanted to share my thoughts with you! I did accidentally buy the waterproof version, but I thought it would be helpful anyway to share with those of you who generally like waterproof mascaras anyway.
I really like the packaging on this mascara- it’s not especially classy or anything, but I like the shades of blue they picked. I also like the wand, although the tip is so thick that it’s difficult to reach the outer lashes. I also can’t decide if I would classify this mascara as a particularly wet or dry one. I’ve definitely had ones that were wetter (Maybelline Great Lash) and ones that were more dry (Covergirl Lashblast). It takes a while to completely dry on the lashes, but it doesn’t get everywhere like a wet mascara would.

(one coat Maybelline Rocket on top and bottom) 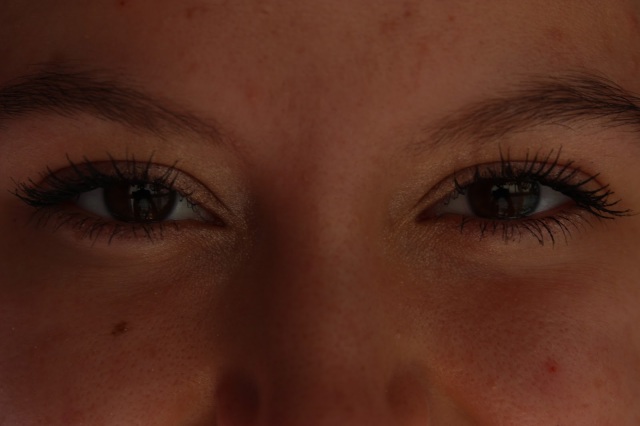 (two coats Maybelline Rocket top and bottom)
As far as application goes, this one is a little bit tricky, but really worth it if you work with it. It definitely clumps, and for me, the trick has been to avoid wiggling the wand as much as possible. I would also reccommend letting each coat dry a little before you add another. As long as I just brush it through my lashes, I love the result! I think it looks great on the bottom lashes as well as the top, and this mascara gives you a lot of control over what kind of effect you want. I haven’t found that it’s difficult to remove, and I haven’t had any problems with flaking or smudging. Overall, I really like this mascara and I’m really glad I tried it! I know it’s been really popular, and I haven’t had great luck with Maybelline mascaras in the past, so this was an exciting find for me!
xoxo,
Heather Lauren﻿
﻿